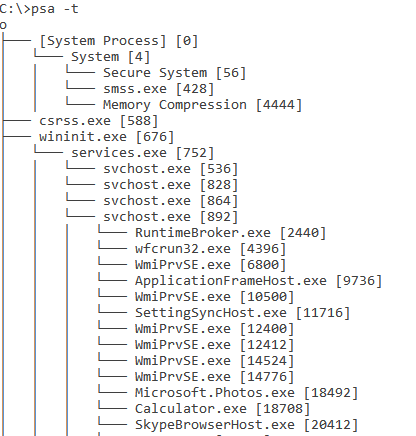 I am pleased to announce my first cross-platform and open source project, the Process Status Analysis tool, available on GitHub.

You may wonder why I did it or what it brings new. Well, I did it for fun, in my spare time and I will continue improving it when I’ll find a time to do it.

The project is written in modern C++ using idioms from the C++ 1x standards. Even if initially was done as a C++ for Windows only, during the past days I managed the port of it for Linux using Visual Studio 2017’s project templates and a connection via SSH.
In general, the source code base is similar, differing just by OS specific stuff.

Related to this psa project, the Linux version requires libprocps4-dev library in order to build.

The main reason for starting this project was that I wanted to know what’s the total memory amount used by my Chrome browser. I know it uses a lot of resources, but not that much… 🙂

Even if my preferred processes analysis tool, the Process Hacker offers a lot of processes administration possibilities, but it didn’t provide what I want, so I decided to enjoy a bit.

So, what I achieved by psa.exe was something like:

A bit too much in my humble opinion…
The features this tool offers includes:

Get all processes loaded in memory information

I case you want to have a snapshot of all the processes loaded in the OS’s memory you can have it with.

Get process only used memory

With psa.exe you can reach the used memory by a specific parameter -o after the process name or at least a part of its name.

Currently, there is no string replace ‘*’ but it’s ongoing.

Storing the processes’ data within a generic tree done by me, I took the decision to print the processes’ tree output, similarly there is in Windows with tree.exe tool or on Linux in pstree or even htop.

In case you want to see what are the most expensive processes within your operating system, you can achieve it with:

or simpler psa -e in case you’re sure you want top 10 expensive processes (the default value).

Redirect output to a file

From the standard output the information can be easily redirected to a file.

This feature was not implemented yet but in case we need it we can be done it easily with the existing tools on the target OS (ex. Task Manager, Process Exporer/Hacker, pskill.exe for Windows or the combination ps + kill on LInux).

Feedbacks and improvements
Any constructive feedback, suggestions, contributions to improvements are appreciated.
Feel free to add any issue you find, wish or suggestion you have in the GitHub repository, the Issues section or here as a comment. 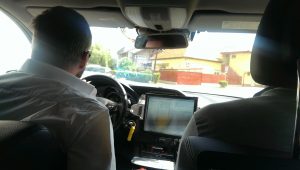